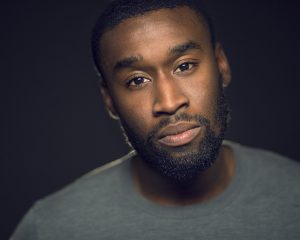 This is Tosin’s Directorial debut on Film. He also plays Will Burghardt in the film. Tosin is founder of the Multicultural Theatre Initiative, where he served as Artistic Director for two years, including producing 4 of his own original plays. He has appeared on stage Off-Broadway in New York, in Chicago, Kansas City and in Colorado. In 2014, Tosin was honored with the “Best Supporting Actor” award from the Black Theatre Alliance. Other films include, “Destination Planet Negro”, “If Night Comes” and soon, “Endowed”. On television, he’s appeared on “Chicago Med” (NBC), “Empire” (FOX) and “Chicago Fire” (NBC). Tosin is represented by Stewart Talent Chicago. tosinmorohunfola.com 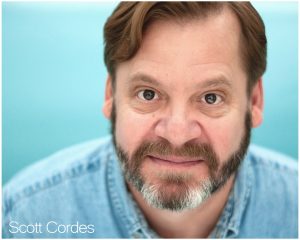 In the film, Scott play the lead character, Officer James Decklin. Scott Cordes dreamed of being a rodeo clown as a boy in Nebraska and tried his hand driving an alfalfa truck, radio DJing, and working as a rock show stagehand before becoming an actor & director. A long-time member of Actors Equity and SAG/AFTRA, Scott has been a Kansas City theatre mainstay for more than 25 years. You can find links to some of his movies, commercials and upcoming theatre productions at www.scottcordes.com 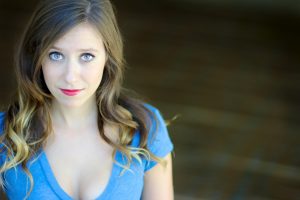 In the film, Sara plays Laura Decklin.  Laura is one of the earlier characters we developed as a sort of moral challenge to what goes on in the story.  A counterbalance to suspicion. Sara Kennedy is a Kansas City based actress and a recent graduate of the University of Kansas. Onstage she’s been at the Unicorn Theatre “Hands on a Hardbody”, New Theatre Restaurant &quot;The Addams Family&quot; and in the regional premiere of “Motherfreakinghood: The Musical”.  Her recent film credits include: BITTER THING directed by Christopher Dorsey, ERASURE through Verve Media Filmmakers, and ZOMBIE TATTOO PARLOR through Roaring Rat Films. You can see her soon in the upcoming film GOODLAND as Ida with Rockhaven Films. All the thanks to Tosin for putting her in this amazing production! 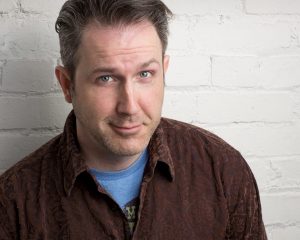 In the film, Brian plays Sergeant Sloan. Brian Paulette had his first experience on a film set in 1993, in a black & white Kevin Willmott film called &quot;Ninth Street&quot; with Martin Sheen. Since then, he’s been featured on CBS, PBS & American Experience, national and regional commercials, and appeared in several feature length films and countless short films, like Bruce Branit’s award winning “World Builder&quot;. Brian is also an accomplished voice-over artist as well as a stage actor, appearing on professional Kansas City stages more than 40 times over the past 20 years, in everything ranging from classical Shakespeare to David Mamet. 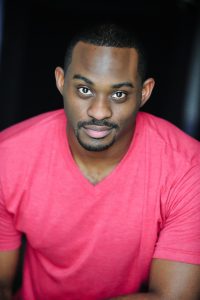 In the film, Frank plays Michael. Frank Oakley III is an actor and print model based out of Kansas City. He is a proud alumnus of The University of Missouri-Kansas City where he obtained his BA in Theatre Performance. He loves stage combat and has a passion for physical fitness. Frank is also a certified NESTA personal fitness trainer. His selected credits are: Local: Jitney (MET); Rosa Parks and the Montgomery Bus Boycott. (Coterie Theatre); The Art is a Lie and Bird in the Hand (KC Fringe); BlackTop Sky (Unicorn Theatre); Romeo and Juliet (KC Rep). Regional: Extremities and Oklahoma! (Berkshire Theatre Group); The Moon and The Music Man (Perry-Mansfield). Upcoming: Half Light (Feature Film). 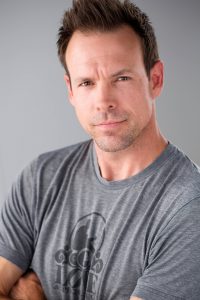 In the film, Darren Kennedy plays Officer Bender. Darren Kennedy was born and raised in Colorado, spent time in Chicago and Los Angeles where he performed in theatre, film and television.  TV credits include CSI, Without a Trace, Just Shoot Me, Gilmore Girls, Pretender and a recurring role on General Hospital as Dr. O & Donnell.  Film credits include Junior  Detective agency, Rook, Treehouse, Champion, Trust Fund and Gotcher. He can also be seen all across stages in Kansas City. 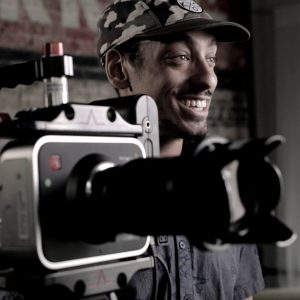 Morgan Cooper is a cinematographer known for his unique story-telling approach and extreme attention to detail. Whether working on a film, commercial, or music video, Cooper always shoots from the heart and sees beyond conventional creative limits. He’s worked for many local and national companies and brands including McDonalds, The NFL, Lee Jeans, Groupon, Parisi Coffee, Garmin, Showtime, and CBS Sports, among others. Cooper is a Kansas City native where he still resides. 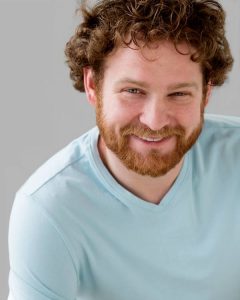 Beginning in the industry as an actor, Chris developed an interest in producing and directing projects that resonated with him, as well.  He’s produced over fifty projects through 2016, including 12 award-winning films & was honored with the 2014 Emerging Filmmaker Award from the Kansas City Film Fest. Chris is good friends with Tosin and together, they have made several films, “If Night Comes”, “On Sight”, “Blindsight”, “Rook” and soon, “Endowed”.

WARDROBE PROVIDED BY – Another Look

Two Law Enforcement Officers who prefer not to me named.

Thank you to our Indiegogo Contributors